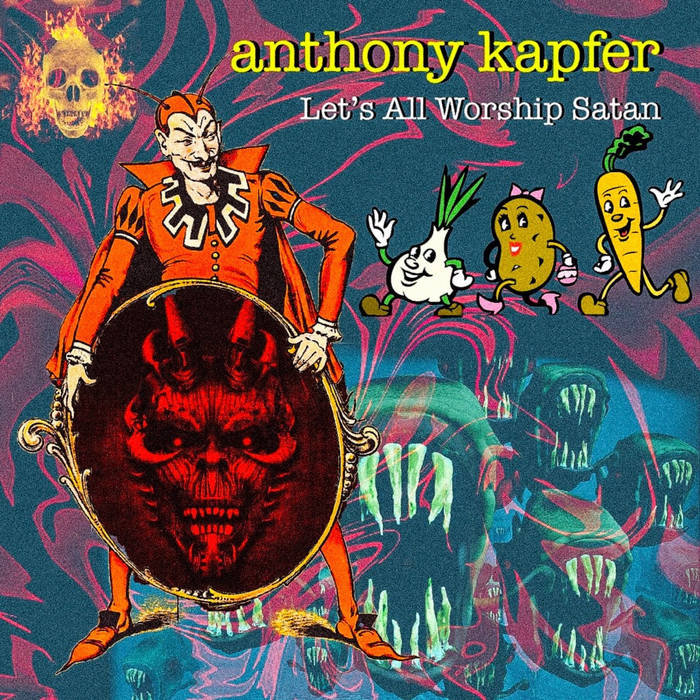 this is the progression of the song "let's all worship satan" in reverse order.

the artwork was used for the original bandcamp single released on easter sunday 2021. that single has since been replaced with new art and the album mix of the song.

track two is the mix that was originally released as a bandcamp single on easter sunday 2021. this mix contains an alternate vocal performance and no theremin. (it is no longer available anywhere else but right here).

track three is the demo of the song. it's a completely different performance of the music and different lyrics. it is previously unreleased.

written and performed by anthony kapfer